GRAPHENE MULTIPLIES THE POWER OF LIGHT 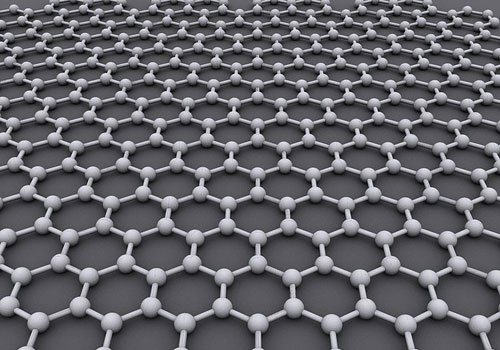 Researchers at the Institute of Photonic Science (ICFO) in Barcelona demonstrated that an individual photon absorbed by graphene produces lots of excited electrons. Thus light is efficiently transformed into electric energy.

Graphene can multiply the power of light. A research team at the Institute of Photonic Science (ICFO) in Barcelona – in cooperation with peers at the MIT - Massachusetts Institute of Technology and other prestigious think-tanks – demonstrated that this innovative material can transform an individual absorbed photon into a higher number of electrons. The study was published in the review Nature Physics.

“In the materials under study, each absorbed photon usually generates one electron,” says Frank Koppens, head of the research team at the ICFO. “On the other hand, with graphene we observed that an individual photon can generate lots of excited electrons.”

During the trial, a single graphene layer was “bombarded” with photons at varying energies. The researchers found that high-energy photons were transformed into a higher number of excited electrons compared to low-energy photons. The observed relation (between the photon’s energy and the number of excited electrons) demonstrates the ability of graphene to efficiently transform light into electric energy. This feature makes it the ideal substitute for conventional materials, including silicon, in devices based on light conversion into electric energy (such as solar cells).

The only drawback of graphene is its limited light-absorption capacity, a barrier the research team intends to overcome: “Our next challenge is to increase the absorption capacity of graphene in order to design devices fit for more efficient light detection, and thus create higher-yield solar cells,” concludes Koppens.