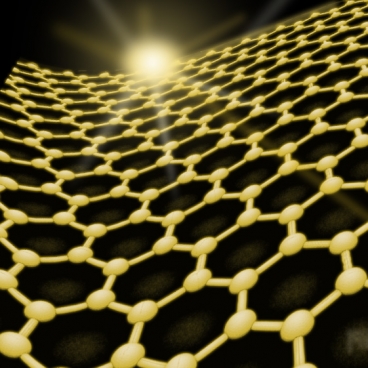 Researchers at the MIT - Massachusetts Institute of Technology studied innovative graphene-based solar cells as light, flexible, transparent, cheap, and efficient as the existing ones. The study was published in the review Nanotechnology.

The dream of light, flexible, transparent photovoltaic panels, lighter than silicon-based ones, could come true with graphene, a material made of a single layer of carbon atoms.

Researchers at the MIT – Massachusetts Institute of Technology, under the leadership of Jing Kong and Vladimir Bulovic, studied such innovative solar cells. Their findings were then published in the scientific review Nanotechnology.

Graphene is well suited for this kind of use: it is, first and foremost, an excellent conductor and, being transparent, it does not hamper light absorption. However, it poses one major challenge: it cannot adhere, or “stick,” to the base of the cell. The research team tried to overcome this barrier in different ways, including changing the superficial properties of the cell or using solutions other than water (graphene is strongly hydrophobic) to deposit carbon on the surface – however with no results.

Only after several attempts did the team find a viable solution – “doping” graphene, i.e. introducing some impurities into its structure and thus modifying its surface. Thus the material changed its behaviour and bound closely with the cell. Moreover these “grafts” unexpectedly improved the electric conductivity of graphene, so that the resulting device turned out as effective as a conventional system.

This finding could pave the way for a variety of applications that are impossible with traditional silicon-based panels, too brittle and stiff, including, among others, ultra-thin transparent films for sticking directly to windows, capable to capture sun rays without hampering vision, as well as flexible cells applied to uneven roof surfaces.

“Other research teams had demonstrated the potentials of graphene in this sector,” says Peter Peumans, assistant professor of electric engineering at the Stanford University, “but no one had ever succeeded in obtaining a performance comparable to traditional devices.” This work is a significant step towards the establishment of graphene as a leading material for future photovoltaic technologies.